You are not connected. Please login or register

Posts : 277
Join date : 2012-04-16
Age : 45
Location : Shadyside, OH
After a night of running the train on a bunch of team Void dropped a MOAB. Final Threat and I were there to witness it and it was sweet. The game was like a prison rape and Void says, "Im raping these guys... holy fuck!" Then the MOAB comes in and his wife was wide awake from his excitement. Nice work bro. It was boss to witness that.

ALL HAIL VOID!!! Congrats bro - it was only a matter of time.

Guest
Thanks guys. Got 3 moabs under my belt now. One in softcore(hard hat) and now 2 in hardcore(outpost/seatown).

Gotta say surprise moabs are great. You skip the nervousness that comes after noticing you are on a potential moab run. 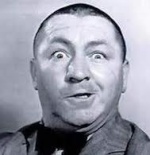