You are not connected. Please login or register

Posts : 2072
Join date : 2010-09-24
Age : 56
Location : Waynesboro, PA
An old man walks into the barbershop for a shave and a haircut, buthe tells the barber he can't get all his whiskers off because his cheeks arewrinkled from age.

The barber gets a little wooden ball from a cup on the shelf andtells him to put it inside his cheek to spread out the skin.

When he's finished, the old man tells the barber that was thecleanest shave he's had in years.

But he wanted to know what would have happened if he had swallowedthat little ball.

The barber replied, "Just bring it back in a couple of dayslike everyone else does."

Guest
wow, thats probably one of the nastiest jokes i've heard all year

No, but it does make for a very long and uncomfortable flight when their fat spills over into your seat!!!

Posts : 1464
Join date : 2010-09-24
Age : 56
Location : Waynesboro, PA
thinking that television producers should introduce the people from American Pickers to the people from Hoarders.

Guest
You mean "Happy Ending" like a massage "HE?"

Guest
Eagles may sore, but weasles won't get sucked up into jet engines... 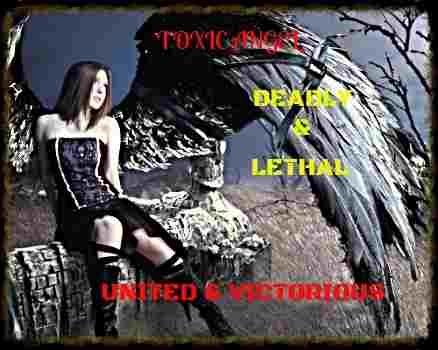 He asked, “What are all those clocks?”

St. Peter answered, “Those are Lie-Clocks. Everyone on Earth has a Lie-Clock. Every time you lie the hands on your clock will move.”

“That’s Mother Teresa’s. The hands have never moved, indicating that she never told a lie.”

“That’s Abraham Lincoln’s clock. The hands have moved twice, telling us that Abe told only two lies in his entire life,” St. Peter informed him.

“His clock is in Jesus’s office. He’s using it as a ceiling fan.”

Posts : 119
Join date : 2013-05-05
Age : 40
Location : Union City Indiana
The other night I was invited out for a night with the "girls." I told my husband that I would be home by midnight, "I promise!" Well, the hours passed and the margaritas went down way too easily. Around 3 a.m., a bit loaded, I headed for home. Just as I got in the door, the cuckoo clock in the hallway started up and cuckooed 3 times.

Quickly, realising my husband would probably wake up, I cuckooed another 9 times. I was really proud of myself for coming up with such a quick-witted solution, in order to escape a possible conflict with him. (Even when totally smashed... 3 cuckoos plus 9 cuckoos totals 12 cuckoos = MIDNIGHT !)

The next morning my husband asked me what time I got in, I told him "MIDNIGHT"... he didn't seem pissed off in the least. Whew, I got away with that one! Then he said "We need a new cuckoo clock." When I asked him why, he said, "Well, last night our clock cuckooed three times, then said "oh shit" Cuckooed 4 more times, cleared its throat, cuckooed another three times, giggled, cuckooed

Posts : 119
Join date : 2013-05-05
Age : 40
Location : Union City Indiana
A teacher asks her class, "If there are 5 birds sitting on a fence and
you shoot one of them, how many will be left?" She calls on little
Johnny.
"None, they all fly away with the first gunshot."
The teacher replies, "The correct answer is 4, but I like your
thinking."
Then Little Johnny says, "I have a question for YOU. There are three
women sitting on a bench having ice cream. One is delicately licking
the sides of the triple scoop of ice cream. The second is gobbling
down the top and sucking the cone. The third is biting off the top of
the ice cream. Which one is married?"
The teacher, blushing a great deal, replies, "Well I suppose the one
that's gobbled down the top and sucked the cone."
"The correct answer is the one with the wedding ring on... but I like
your thinking."